Good Morning, Good Afternoon, Good Evening Or Wherever You Maybe At This Point in time , I would like to Get straight to the point .. Most Of Us, In Rhode Island ,Especially Those Who Use Cannabis, Know What We Are Doing .. But I have a few Sad Things About Our Governor’s Lame Proposal to Legalize  Cannabis ….. There was An Article in the Local Newspaper That I  read  … One of The Writers ,Who is David Carlen , and a women from Newport , Mr Calen Has No Freaking Idea What He is Talking About . Davis Sounded (Well at Least to me ) Like Just The kind Of People ,We are trying to Inform That CANNABIS  Is NOT the Gateway Drug to Everything Else… Alcohol Is The Real Gateway Drug…NOT CANNABIS …Alcohol is The Only Drug You Can Die From Withdrawal …. You Have stated in the Paper That Cannabis is the gateway drug… However, Many of  You  Are Seriously Wrong…. Mr Calen ,You Are Very Wrong On Many Fronts….Let Me Go a little further by saying I think You Have Your Editorial Information mixed up with the  Our Opioid  Crisis…Which Is What People Are Overdosing On ….Not Cannabis !  Haven’t You Heard of Freedom of Choice and/Or Free Will  ? Well Before You open up Your Big mouth about   something You know Nothing About …….. You should Learn about it… Before You try to talk about it … Have You Ever Heard of Being Aware is Being Alive? You All want to Demonized something, God Made and  You don’t know  Anything about Just to Misinformed the World of it . Sounds like You don’t know the difference between Cannabis , Herion, Cocaine , and the Many other  Designer Drugs that are Out there…. Not To  Mention the Pharm  Parties  Children are Having with Medications ….They get from their homes medicine cabinets ..Which they throw the pills in a bowl and take whatever they want  from the bowl ..  Our Children Are getting their hands on  A Lot Worse Things Than Cannabis… Well I Believe  there are a lot of Rhode Islanders ,Not to Mention the rest of the country that really are flying by the seat of their pants, When it comes to growing this plant . But it is Just like everything else in the country…. Isn’t It?   This Plant is bringing  in Billions all across the world .But who is really benefiting ? Certainly Not the Growers …Who are the true masters who make all these hybrids and other special high CBD- THC Plants.. 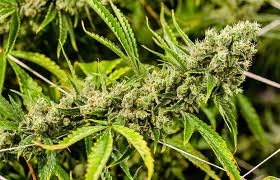 It Certainly is Not Our Fathers Weed .. There is a Huge Myth…. I would like to dispel ….I would rather smoke the weed of the 60’s, 70’s, and Even the 80’s .But when you get into the 90’s here comes the chemical rush….. So….We the public , who live in these states who have adopted this way of doing business and by passing the federal government….We Have been in the Middle of a smoke screen …One Big Money Making Smoke Screen…. You 50  to 70  somethings , Who started  all this shit when you all were teenagers , Now All Of A Sudden You Act Like You Own the Cannabis Industry Not to Mention The Country  .. But How come those  Who growing it and doing the Heavy lifting are all younger than 30?  … Come on people …..What Does a 30 yr old Know about growing pot? .. Really? Most of these youngsters Use Harsh chemicals to grow .. How do you think they keep the dispensaries stocked ?The Chemicals make these plants grow so fast it is not funny… you could easily grow 2 pounds from one plant that is jacked with these harsh fertilizers . Now the smart ones Take them outside and flush the hell out of them with the garden hose .. But Don’t let that fool you either… Because All that does is rinse the garbage out of the dirt, Which the plant has already Taken it .. My Suggestion Is …..It Belongs Outside …In the Great outdoors ..Where it thrives the most ..Like I have said before Would Anyone Grow Maple Trees in Your bedroom? Or birch trees in Your closet? I Don’t Think So … I Know I wouldn’t … I don’t know much about the growers in this state, But I have personally grow an 8 foot Acapulco gold   plant using only(2 ) 150 watt hps lights that’s only 250 watts people imagine How big she would have been outside ? .. it would have been 10 -12 feet outside …WOW…Right? Now let’s get to the shitty part of this whole deal……..It Does Not Matter What Our  governors or Other Politicians that are involved in this  Have to say …..Because it is Global ! Not just National ..Just Take a Good Look At Amsterdam ….I would think if I could buy some seeds with good genetics for like $13.00 and grow it in my back yard,  When it gets big enough , Take 5 clones from that plant… Now You have 6 plants 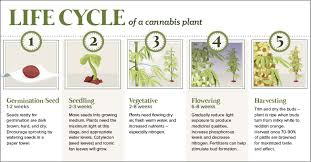 . Now by the end of September You would have  at least 6 – 9 month supply if You are really good….. You could get pounds .. But People today …Just Don’t have the Experience because it has been forced under ground and inside for So,So long….. Why Would Anyone Want and Like cannabis with Harsh chemicals  That Growers use to grow inside ?Why Would Anyone want to pay  so much for cannabis ?  Especially being grown with these harsh chemicals and Then add a Tax Hike of 20 Percent  to the cost ? Are You Nuts ?  So a gram at   $16 .00 would cost you $18 and change for a dam gram .. Doesn’t anyone out  there think this gram shit is just that……. Bull shit ? How much plant material is Really In a dam gram of a plant ? Come on .. We All Know in about 2 years, (Well At Least I do)….. That all these states that are involved in cannabis would be producing pounds for pennies on the dollar… Now ,Who is the Real Suckers?    Us or them?  One last thing…. I would like to tell You..  I personally Don’t think The States  should be making all the money That They Make from Taxes For Doing Nothing ….

Do You? The Worries Our Governor and Other Politicians and Citizens  of Rhode island Have  About Children Getting Their hands on this plant………..Is Minimal… I know There are Many Ways to Not Let it Happen .. Our Governor, Seems to think she can do it all by herself .. But  She Can Not …. She is Wrong on Many Levels Especially with the money raised from the taxes from the selling of cannabis  .. We Should have a General Fund. Keeping it  a Separate Fund to Assist The People in Need ..  IS What Should Be done .. Instead adding it to the Budget Where it is used for Salaries and other Things the Governor Wants to Use it for Not for the people who need it …. Which is another Dam Joke Because Many who work for the Government and Don’t Like Cannabis and Are Outright Against it’s use Only to Get Paid from the profits of Cannabis and won’t hesitate to get a pay raise from the taxes it raises  Is Hypercritical .. Don’t You Think? 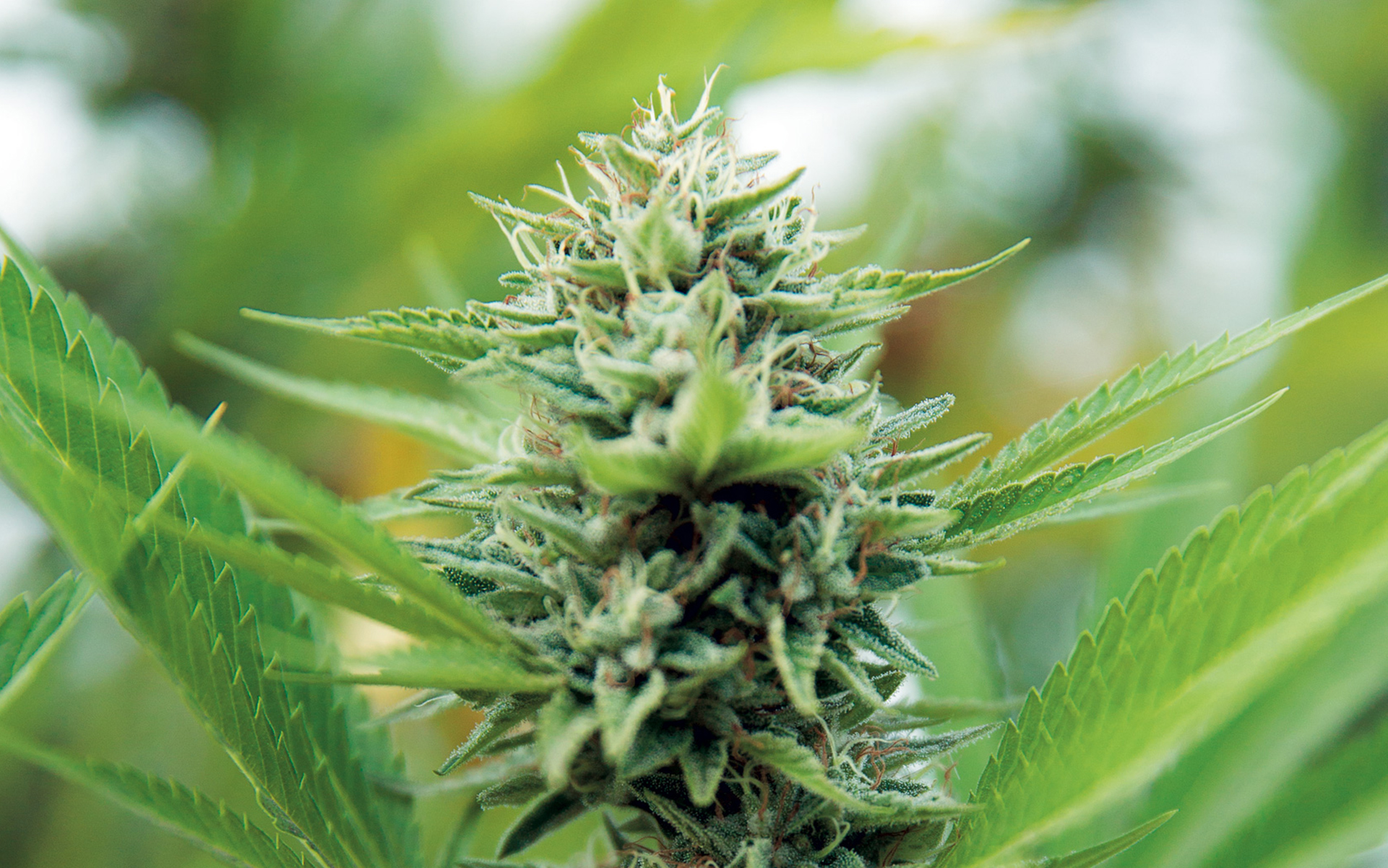 Cannabis is Not A Gateway Drug …..However it does  Have Many Medical Purposes and Can Really Help Someone ,Who Does Not want to Use All The Chemical Prescription Man Made  Drugs ….People Need to Be More Informed.. What Really Needs To Be Done is Kind of Impossible But Not Totally Impossible…BECAUSE WE ALL KNOW THAT ANYTHING WORTH HAVING IS WORTH WORKING FOR …. RIGHT ? SO GOVERNOR ,GIVE THE PEOPLE THE RIGHT TO GROW THEIR OWN AND TO USE THIS PLANT /MEDICATION AS THEY WANT TO  ….. ALLOW THEM  TO BE ABLE TO DO / GROW FOR THEMSELVES WITHOUT THE PREJUDICE  FROM THE GOVERNMENT, OR ANY POLITICAL INTRUSION ….STOP TRYING TO MAKE IT ABOUT MAKING MONEY AND START TO REALIZE THE POTENTIAL OF CANNABIS .. AS A MEDICATION AND FOR SPIRITUAL USE … MAKE PEOPLE KNOWLEDGEABLE ABOUT CANNABIS ….. Instead of Trying to scare them about it .Isn’t 200 plus years of misinformation and Lies and Proper gander Enough? 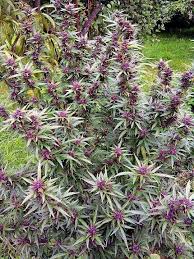 ISN’T THIS A BEAUTY , GOVERNOR? GROWN  OUTDOORS WHERE GOD INTENDED …. 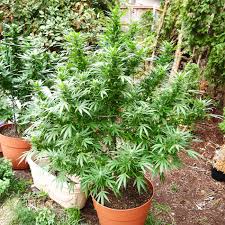 MANY GROWERS PUT IT OUTDOORS FOR THE NATURAL AFFECT…………

CANNABIS IS BECOMING MAINSTREAM AND IS NOT WHAT OUR GOVERNMENT WANTS US TO BELIEVE .. IT SHOULD BE TREATED LIKE ANYTHING ELSE . WE HAVE REQUIREMENTS OF AGE ON ALCOHOL SO CANNABIS SHOULD BE THE SAME . Let the People decide for themselves .

#1 We Need to Teach The Elderly , Because their generation is who Demonized it ……..

#2 Since Something old has Become Something New , We Should Start With the old practices George Washington and Thomas Jefferson  used …

#3 Organic and I Do  Mean Organic….100 Natural Meaning You Plant it in the ground and let nature do the work ..;;

#4. People That Do Not Know How to Breed or Grow Properly ….Should Get out of the Business or Actually Learn About it …

IT SHOULD BE GROWN OUTSIDE NATURALLY ..

#5 We are Dealing with Real Human Lives ..

When Anyone and I do mean Anyone… Uses Food ,Fertilizers and chemicals That They Know is Toxic and  uses them to grow or to make plants bigger and  The most dangerous is Plant Growth Hormones …..Which are Nothing More than Steroids for plants and Their Use is Rampant … Which Means Most Growers  are Using these methods of growing Cannabis  .. Most People Do Not Know What Is Going Into The Growing of the  Cannabis and It Is Wrong..These Plants ….When Grown Properly Can  Be Very Beneficial  … Medically and Spiritually…….

#6 Cannabis is Just Like Everything Else .. When Used Responsible  By Adults…. Like With Alcohol……….  Can Be  Used  Responsibly and Medically . As It Has Been Proven for Many Medical Problems and Does Work….

#7 The States Need to Stop Trying to Control Everyone and Everything and Let Grow Adults Decide What is Good for Them …. Thank You   For Reading This Article …..Please send Us an Email @savastaenterprises@gmail.com………